This is a sampling of the congregational singing of Hymn 67 Come Lord Jesus Maranatha. (Canadian Reformed Church Smithville 2017)

The text for Hymn 67 in the Canadian Reformed Book of Praise – Come Lord Jesus Maranatha was co-authored by William Helder and William W.J. VanOene, 1979/2009

John Goss composed the melody for LAUDA ANIMA (Latin for the opening words of Psalm 103) for this text in 1868. (It is in the public domain)

Along with his original harmonizations, intended to interpret the different stanzas, the tune was also included in the appendix to Robert Brown¬ Borthwick’s Supplemental Hymn and Tune Book (1869).
LAUDA ANIMA is one of the finest tunes that arose out of the Victorian era.
A reviewer in The Musical Times, June 1869, said, “It is at once the most beautiful and dignified hymn tune which has lately come under our notice.”

What Should We Sing?

Is exclusive psalmody what the church should hold to? This article shows that while singing Psalms should be valued, hymns should not be excluded. God’s people have a mandate to compose and sing hymns. Basic Peter J. Naylor The Evangelical Presbyterian 2008 5 The Question⤒🔗 Should we sing Psalms only? ‘Exclusive Psalmody’ is the teaching that, in the worship of the church, we should sing all, and only, the 150 Psalms found in the biblical Book of Psalms. We are not allowed to sing hymns. Hymn singing is sinning against God. There is no unity on this question among the reformed churches. On one hand, for example, the Reformed Presbyterian Church of North America states, “The Book of Psalms, consisting… [...]

Is Nothing Sacred? Changing the Language of Our Hymns

This article contains a panel discussion on the appropriateness of changing and modernizing the language of hymns, and criteria for church music. Popular Anonymous Reformed Worship 1987 5 Read article [...]

Rejoice in the Lord: A Hymn Companion to the Scriptures

This article reviews Rejoice in the Lord: A Hymn Companion to the Scriptures, edited by Erik Routley. It explains the significance of the book's claim to be "biblical in its basic design, Reformed in its theological orientation, and catholic in its scope. Semi-Technical Howard J. Slenk Reformed Worship 1986 2 Read article [...]

A Playlist for Anxious and Hurting Disciples

How can the church serve the hurting and broken through its liturgical music? Singing only victory songs does injustice to God's people. This article explains that the church in its worship services should learn to sing four types of songs. Popular Aarik Danielsen Gospel-Centered Discipleship 3 Read article [...]

Musical Instruments in the Public Worship

This article argues that musical instruments in the Old Testament pointed to the coming of Christ, and that his coming rendered them obsolete. In light of this, together with the lack of divine warrant in the New Testament to use instruments to accompany the singing in worship, the author argues against the use of instruments in public worship. Popular John W. Keddie Witness 2010 5 Very little thought is given these days to the question of the propriety of using instrumental music in public worship services. It is not questioned. The fact that instrumental accompaniment was more or less unknown in the Presbyterian Church in Scotland up to the end of the 19th Century comes as a surprise to people,… [...]

This article is a review of this course for church organists: Mini-Course on Creative Hymn-Playing by John Ferguson. Popular Rudolf Zuiderveld Reformed Worship 1987 3 Read article [...]

The Piano in Worship

Many churches have discovered that piano accompaniment is not only suitable but preferable to organ music for their style of worship. This article surveys the strengths and weaknesses of the use of a piano in liturgical music. Popular Noel H. Magee Reformed Worship 1987 5 Read article [...]

Making a Joyful Noise with Handbells

This article discusses the use of handbells as musical instrument in worship. Popular Raymond H. Haan Reformed Worship 1987 2 Read article [...]

This is the second article in a series on the singing of Psalms in Christian worship. It compares ways of singing the psalms: those who chant the Psalms directly from the Bible and those who sing metrical paraphrases of the Psalms. Popular David T. Koyzis Reformed Worship 1989 3 Read article [...]

How is a psalm versified to function as a song for church music? This article considers the complexities involved in the task of versifying Psalms. Popular Henrietta Ten Harmsel Reformed Worship 187 3 Read article [...]

We Used to Sing Only Psalms – What Happened?

This article offers answers from various denominations on the matter of the history and current practices of psalm singing in their churches. Popular Anonymous Reformed Worship 1987 4 Read article [...]

Marks of a Healthy Church 5 What should our worship look like? What is the regulative principle of worship? What are the benefits of Psalm singing? This article answers these questions, discussing the characteristics of healthy Christian public worship. Popular David P. Murray Ineke van der Linden 2013 11 Download And Nadab and Abihu, the sons of Aaron, took either of them his censer, and put fire therein, and put incense thereon, and offered strange fire before the LORD, which He commanded them not. Leviticus 10:1, KJV Transcription stopped at 47:35. Why do we worship God as we do in this church? Sometimes when we go on vacation or go away and work in another place, we go to other… [...]

This article introduces two hymns and a psalm for use in the public worship of the church: "Holy, Holy, Holy," "There Is a Balm in Gilead," Psalm 65. Popular Jan Overduin Reformed Worship 1993 3 Read article [...]

Faithful or Faddish? Weighing the Strengths and Weaknesses of Praise Choruses

Do praise choruses contribute to the expression of our worship of God? This article outlines the strengths and weaknesses of such choruses. Popular Mark Lemmenes Reformed Worship 1993 2 Read article [...]

The Canticles of Christmas: Singing the Songs of Zechariah, Mary, the Angels, and Simeon

The singing of canticles has been a part of Christian worship for centuries. This article reflects on the "Canticles of Christmas" as a refreshing departure from as well as an excellent alternative to today's trendy musicals. The songs of Mary, Zechariah, the angels, and Simeon are reflected upon as rich songs of worship. Popular Timothy D. Wilds Reformed Worship 1992 5 Read article [...]

This article introduces a number of resources that could be used in singing in public worship. Popular John D. Witvliet Reformed Worship 1992 1 Read article [...]

Hymns – "On Jordan's Bank the Baptist's Cry," "The Song of Simeon," "Rejoice in the Lord Always"

A number of hymns for use in public worship are introduced in this article: "On Jordan's Bank the Baptist's Cry," "The Song of Simeon," "Rejoice in the Lord Always." Popular John D. Witvliet Reformed Worship 1992 3 Read article [...]

The hymns and tunes of Lowell Mason are among the best known and best loved in English hymnals. Mason, for example, was the composer of "When I Survey the Wondrous Cross" and "Joy to the World." This article is a tribute to Mason. Popular Sherman Vander Ark Reformed Worship 1992 2 Read article [...]

With Reservations: A Review of Three Influential Books on the Praise and Worship Movement

Where does the Praise and Worship movement come from? This article reviews three influential books on the movement. Popular Harry Boonstra Reformed Worship 1991 2 Read article [...]

"Sinners Jesus Will Receive": The British Reception of Neumeister's Hymn

Erdmann Neumeister (1671-1756) was a Lutheran court preacher and composer of church cantatas. One of his most popular hymns was first published in 1718, "Jesus Nimmt die Sunder An." This hymn's reception in Britain is considered in this article. Semi-Technical John S. Andrews Evangelical Quarterly 1983 8 Read article [...]

Sheltering in the Rock of Ages

This article explores the biblical background to the hymn "Rock of Ages." Popular J. E. North The Banner of Truth 2007 4 Read article [...] 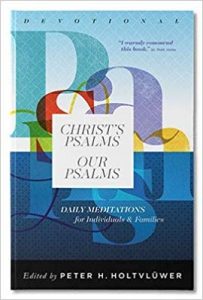